Mark placed in the top 15 and was the highest placed Australian Shooter.

Cherie won the Ladies Championship to bring home her second Bianchi Cup title. This cements Cherie as the number One Action Pistol Lady now currently holding the Australian, US and World Championship titles.

ATS is proud to be a major sponsor of these intrepid world leading athletes. 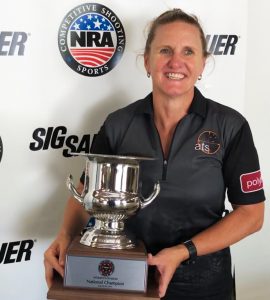